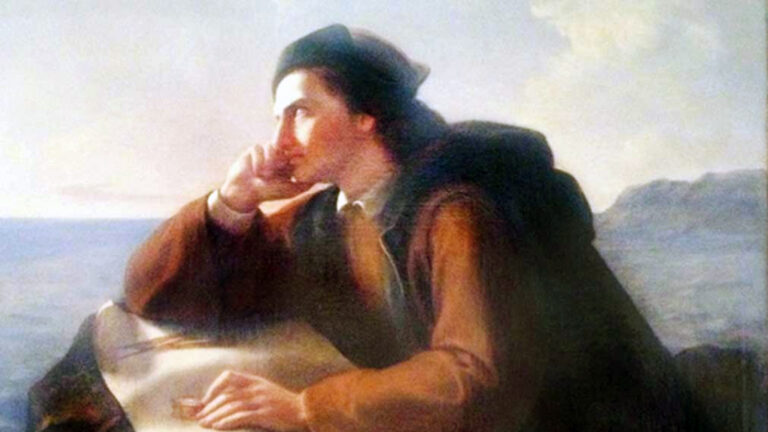 Christopher Columbus was instrumental in paving the way for the founding of the USA as well as the overall modernization of the Americas. In recent years, as anti-European hatred has grown, revisionist history has targeted Columbus as a malicious icon of pillage and destruction. Even in his own lifetime, Columbus overcame tremendous opposition and is quoted as saying the following:

“Nothing that results in human progress is achieved with unanimous consent. Those that are enlightened before the others are condemned to pursue that light in spite of the others.”

“I am a most noteworthy sinner, but I have cried out to the Lord for grace and mercy, and they have covered me completely. I have found the sweetest consolation since I made it my whole purpose to enjoy His marvelous Presence.”

“One does not discover new lands without consenting to lose sight of the shore for a very long time.”

Beethoven shocked the world with his Pathetique piano sonata, which was full of a raw emotion at odds with the grace and restraint that had been in vogue previously. It is still one of his most-played works, and this second movement has a tenderness in the recurrent main theme that contrasts with the anguish in the between sections. This form is called a rondo, where the first section continues to be return in between contrasting sections.

Use Up/Down Arrow keys to increase or decrease volume.
Steward: We will now have a discussion on the following topic:

International trade during Columbus’s adulthood was well established. Columbus himself was involved in mercantile travel to places as disparate as Iceland and West Africa. Eastern trade, however, was becoming difficult due to Islamic control of both land and sea routes. The Muslims had been attempting to invade Europe for centuries and it was the expulsion in 1492 of the Moors from Granada in Spain that opened the way for King Ferdinand and Queen Isabella to finally be able to finance Columbus’s proposed expedition. His claim to be able to circumvent the Islamic barrier to trade gave practical weight against the complex political and religious background the monarchs were dealing with. Columbus himself believed he had seen in vision that the solution was to go west instead of “eastward, by which way it was custom to go.” He demonstrated exceptional navigational prowess, leading to the success of his first journey, and continued successfully three more times to and from the Americas.
1. What do we have to be grateful for today because of Columbus? What would we not have if he had failed?
a. What are some examples of Columbus’s legacy that he could not have anticipated?
2. Why is it important to remember and revere the great things our predecessors have accomplished?
a. Is it just as important to remember negative consequences?
3. How can we remember Columbus with honor?
a. What can we say about Columbus to show honor and respect without starting arguments over whether he was a good or a bad man?
b. Who are some other historical figures that should be revered and why?
4. How should we gauge success? In our lives or the lives of others.

The bravery and persistence of Christopher Columbus set up our modern life as we know it. As we make an effort to remember his accomplishments and be grateful for the lives we can lead because of him, we can change the public mindset to remember him as a great man. Some closing quotes by Columbus:

“Following the light of the sun, we left the Old World.”
“No one should fear to undertake any task in the name of our Saviour, if it is just and if the intention is purely for His holy service.” 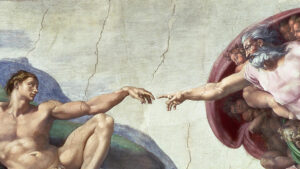